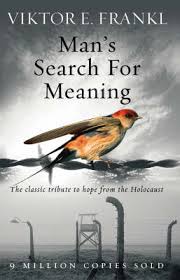 Do you feel your life could be richer than it is?

Logotherapy is a school of psychology and a philosophy based on the idea that we are strongly motivated to live purposefully and meaningfully, and that we find meaning in life as a result of responding authentically and humanely (i.e. meaningfully) to life’s challenges.

A major cause of depression is self-absorption. By drawing on a person’s strengths, the tools and techniques of logotherapy help bring about a profound shift in awareness, from a ‘victim’ mentality to an optimistic attitude. Clients and students of logotherapy are in the habit of questioning themselves about what they really want and which kinds of choices will be most conducive to growth.

Centers of Logotherapy can be found around the world, including Frankls hometown of Vienna and spreading out to Germany, Canada, the US, the UK, South Africa and Israel

Logotherapy was created by Dr. Viktor Frankl (1905 – 1997), author of the bestseller Man’s Search for Meaning. Frankl was a psychiatrist and neurologist who lived in Vienna and who treated suicidal patients both before and after WWII.

As a Jew, Frankl was incarcerated in four different concentration camps during the holocaust. One day some fellow prisoners wanted to run into the electric fence in order to kill themselves. They felt there was nothing more they could expect from life. Frankl turned their statement around and said, “Do not ask what you expect from life; ask what life expects from you!”

Today, the evidence is overwhelming that having a sense of meaning and purpose extends life. Human beings have higher aspirations. The rest of creation has energy and emotion but does not contemplate itself. Yet, logotherapy is the only meaning-based and values-based approach in existential psychology or psychology generally.

Find your own meaning

You can get involved with logotherapy by taking our logotherapy training course. Call now, or just fill out the form and click Send for more information.

Click here to learn how Logotherapy can help with depression.

“Logotherapy…focuses on the meaning of human existence as well as on man’s search for such a meaning” ~ Man’s Search for Meaning, 2008, p. 104

(Choose your course in the drop down menu and then Click "Pay Now"):

Classes and certification in Logotherapy